An open road for marketers: How to reach connected drivers in 2023

As a symbol of independence and gateway to the freedom of the open road, cars have long meant more to American consumers than a mere means of transportation. And that desire to hit the road has never been stronger, with Waze data showing a 9% increase in user navigations since 2019 and more than 150 million people using the app each month.1

Drivers look to their vehicles to express their personalities, meet their goals and fulfill their travel dreams. Increasingly, however, they’re also thinking of their automobiles as highly customizable communication devices — sophisticated computers-on-wheels with innovative entertainment systems. Research from eMarketer reveals that internet-connected cars have moved into the mainstream over the past few years, with an estimated 63% of licensed drivers in the U.S. now piloting connected vehicles — a number that’s expected to jump to 72% by 2026  and be ubiquitous by 2035.2

While it’s likely that the majority of autonomous vehicle use is over a decade away, there will increasingly be new opportunities for marketers to engage on-the-go consumers via in-car systems and on their mobile devices as cars become more software-driven. The modern, connected car market is largely fueled by the escalating popularity of luxury cars among individuals with high disposable income levels, and those on-the-go consumers are less likely to scale back their discretionary spending during times of economic uncertainty than members of other demographics.3 This will make them a valuable target audience during the coming months.

On the road again

Navigation data from Waze shows U.S. drivers are on the road more often now than they were last year. Overall, navigations were up 17.3% year-over-year during the first three quarters of 2022.4 Specifically, there’s been a large jump in the number of navigations to travel destinations (up 16% year-over-year) and culture and entertainment venues (up 28.6% year-over-year).5

Car travel continues to increase even in the face of economic headwinds. Summer 2022 saw record-setting rates of automotive travel – with more than 42 million people taking weekend trips by car – despite historically high gas prices.6 The current macroeconomic climate may cause even more leisure travelers to choose local vacation destinations, driving to those destinations in 2023.

As drives accelerate, new technology is gaining speed as well. Automakers like Tesla, for example, are delivering engine performance updates at the same time they roll out new media and entertainment offerings.

“More and more, drivers will rely on their connected cars to act like virtual assistants,” says Andrew Kandel, Director and Head of North American Sales at Waze. “They’ll expect their cars to know their habits, preferences and cravings. Brands that can build experiences that fit seamlessly within this ecosystem are going to have huge opportunities going forward.”

Despite economic uncertainty, there’s plenty of room for marketers to succeed in 2023. Waze users are affluent – 41% of the app’s users have combined household incomes over $100,000 – making them more likely to dine out, grab a coffee on the way to work, or engage in impulse purchases from retail stores, regardless of macroeconomic trends.

Want to learn more about how Waze advertising can help you target this high-value demographic? Visit our interactive dashboard to learn about the latest trends and opportunities.

Please confirm your subscription via email.

Please confirm your subscription via email. 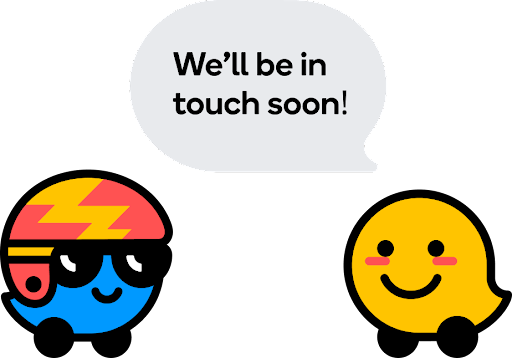 Your subscription is confirmed!